“My photograph was not to do with the subject matter.” Alfred Stieglitz

“ (...) The visible is interpreted only in reference to the invisible” Sur le Jadis, Pascal Quignard.

Stroll through the Tuileries Gardens : shrug off the here and now. Let your gaze rest on the still, caring faces of the stone statues, before you switch to today’s careless bystanders and their evident ennui. These photographs capture the fleeting instants when the eye of the Present is poised over the gulf of Times Past.

The trees stand serene in the midst of a disordered city, their serried ranks forming a parkland avenue that connects the imposing architectural backdrop in the East of the city, formed by a palace that was once for the royal few, to the vista stretching West up the Champs-Elysees to the distant Arch celebrating victories long gone. At your back, the classic Louvre- and before you the radically new, the hothouse or Orangerie, housing Monet’s Nympheas. As you turn around again, your back to the setting sun, the Pei Pyramid glints and your eyes sweep over old grey statuary, elegantly dotted around the Maillol cast metal sculptures symbolizing the centrality of the 20th century.

The stillness of nature survives amid the ceaseless hum of the city. The silent Gardens bear witness to the sound and fury of Paris life : All around, and within this haven, are artifacts most extraordinary, from the Place de la Concorde, once royal now a symbol of Republican reconciliation, to the plastic sentry-boxes of the park attendants, close by the elegant folds of eighteenth century stone drapery.

Formerly a wasteland where clay was worked into tiles for the palace nearby, the Tuileries became the favored haunt of the most elegant and aristocratic. Now it hosts the most astonishing profusion of modern influences on a classically landscaped layout. Nature and culture arc inextricably interwoven. The camera’s eye fastens on a nature that constructs culture, and culture that constructs nature.

Overarching branches mimic Diane the Huntress’s enraged and belligerent fist. The algae spreading over the ornamental pond arc the product of climate change : they turn these temperate gardens into the most unlikely tropical park. Ageless stone statuary is diaphanously reflected in the windshields of cars jammed to a senseless halt beyond the railings.

The contemporary has an overwhelming presence in a park that is a monument to the past, and this is the paradox that the photographer delights in sharing with us. The trees sculpted by time stand guard over statues impervious to the passing of the years. Flat plastic panes on the periphery of the parkland, accentuate the three-dimensionality of their reflections. These images timelessly capture momentary perceptions, ephemeral modulations between the human and the natural. They are celebration of the convergence of Nature and Man, and the creation of an intriguing new world of perception. 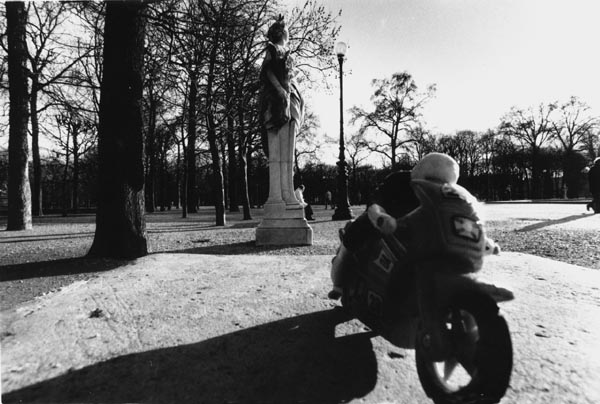 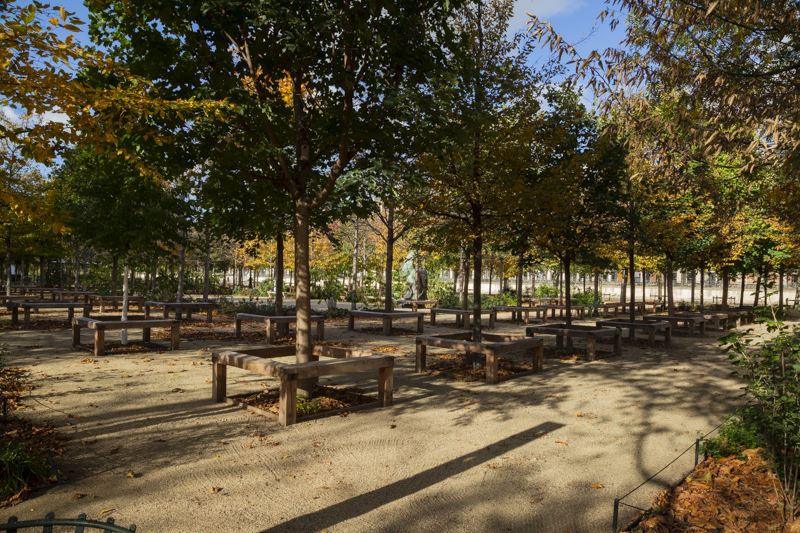